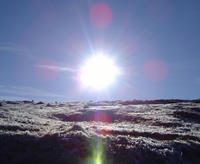 Continuing, if you like, on an admin topic concerning UEKR3 Oracle Linux 6.5, see: Missing kernel-firmware 3.8.13-16.2.1.el6uek on Oracle Linux 6.5, I’ going to give a recipe and some explanations for getting vmtools modules successfully built in a VMware guest after complains about an invalid kernel header path.
Immediately after installing vmtools in a VMware guest, usually using /vmware-tools-distrib/vmware-install.pl, another script, usually /vmware-tools-distrib/bin/vmware-config-tools.pl comes up, asking whether you want to configure vmtools just now. Configuration essentially comprises the opt-in/out of functionality as well as building and integration of kernel modules into the running kernel. Iff you furthermore run a recent UEKR3 kernel without the according development packages, the console output may read like this:

What actually happens here is quite simple but however also expressed in a misleading way such that she/he may just suppose, installing the kernel headers will fix the problem (I even tried this /usr/include/linux thing, as of the old days, won’t work you see, is none of uekr3 anyway).

END_OF_DOCUMENT_TOKEN_TO_BE_REPLACED 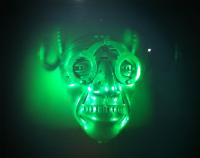 The readme for media pack B75461-01, aka “Oracle Linux 6 Update 5 (6.5.0) Media Pack v1 for x86 64 bit”, see https://edelivery.oracle.com, states the following about getting the “Unbreakable Enterprise Kernel (UEK)” installed and running: